The Age of Decadence Wiki
Register
Don't have an account?
Sign In
Advertisement
in: Character system, Boatmen of Styx, Backgrounds 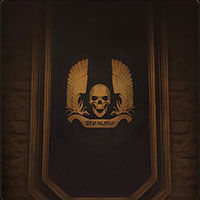 This is one of the eight Character Backgrounds in The Age of Decadence.

When diplomacy fails, assassination is often the only recourse. Renowned and respected for their ability to resolve disputes with the least amount of bloodshed, cloaked by the shadows of the night, assassins are in high demand amongst all strata of society. Whether drawn from a petty dispute or a matter of state, blood is blood.

The most blatantly useful focus for the professional killer is probably a toss-up between Critical Strike and Alchemy; though you may have occasional access to the poison-making resources of the guild's more experienced members, it's not a bad idea to maintain a personal supply (and let's not forget neurostimulants!). Sneak is naturally invaluable for operating undetected - everybody knows what the Boatmen's business is, but it obviously helps if the target doesn't see you coming.

The Dagger is of course the classic, swift, up-close-and-personal tool for ending lives (and pairs beautifully with Critical Strike), but don't forget the sinister art of the sniper: