The Age of Decadence Wiki
Register
Don't have an account?
Sign In
Advertisement
in: Character system, Forty Thieves, Backgrounds

Edit
watch 01:36
We're Getting Mutants in the MCU - The Loop
Do you like this video?
Play Sound 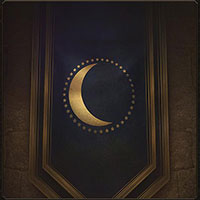 This is one of the eight Character Backgrounds in The Age of Decadence.

Regardless of the social fabric, there will always be those that prefer to live in accordance with their own code of conduct - outside the law. To a thief, a world in ruins is a world of opportunity. While those that covet power are consumed by deceit, the Thieves are turning a tidy profit on their neglected wealth.

Tip: if you're the "cat-burglar" or "roof-walker" type, you should know that most forms of climbing are going to involve both a minimum Dexterity and a minimum Strength; while specialized tools can lower these minimums, they will not eliminate them. So, even if you have an idea for a custom-built ultra-light urchin who can slip through the cracks and glide swiftly and silently around sword-thrusts and poison bolt traps, be warned that sacrificing too much Strength can limit your options for infiltration or escape.

Seriously, how can you even call yourself a thief without Steal? And to get into chests and through doors where you aren't wanted, you'll probably need Lockpick sooner or later. The fact that you generally don't want anyone to know what you're up to makes Sneak fairly essential. And considering that some of your marks might actually expect all of this thievery to be going on, you might want to invest in a working knowledge of Traps to stay healthy.

When sneaking isn't sufficient, being Streetwise is one of the best survival skills for someone who operates outside the law.

Keeping one's distance from violent opposition is a common hobby for thieves, so time practicing with a Crossbow is usually well spent.

The front room of Cado's Tavern in Teron